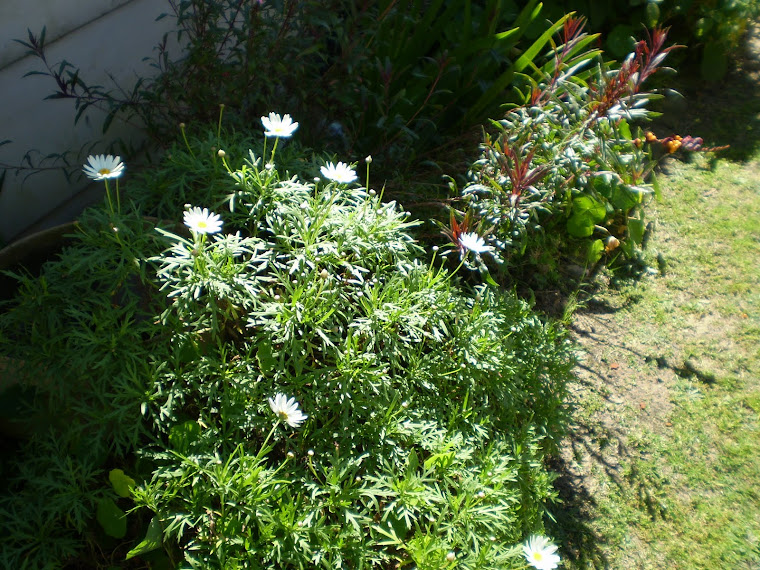 Welcome to my site!

Miserable weather, welcoming rain or is it the other way around? 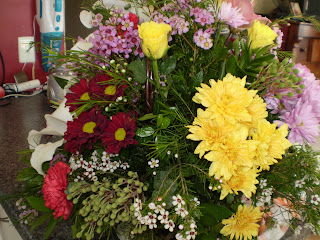 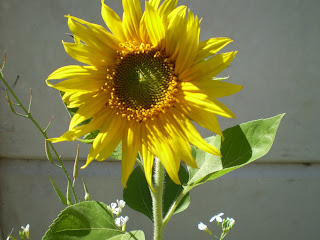 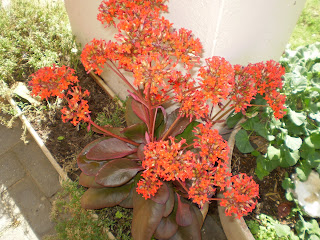 First of all, some beautiful summary flowers.  Just to cheer me up.  It has been raining and raining and raining.  Seems like forever.  We are very grateful for rain after last year's drought, but man oh man! when is it going to stop so that the sun, that faraway star on the horizon, can come shining thru?  I know that it is supposed to be winter, but need it be so cold and wet?  We living in the southern hemisphere, are too used to the sun always shining and are really not totally geared for cold spells.  To us, wearing a scarf, beanie and a pair of boots seemed to be the ultimate winter clothing.  We dress in layers and those are discarded as the day wears on only to be layered again in the late afternoon.  At least my garden loves the wet! 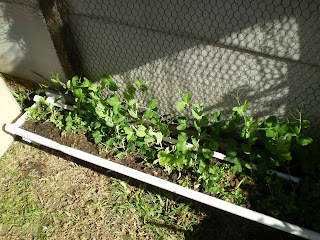 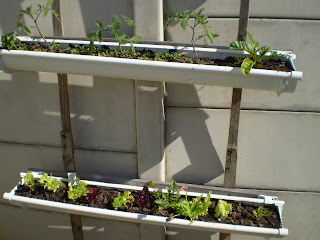 I could not get outside to take new pictures of my horizontal veg garden, but this was the beginning of it.  We used plastic gutters on wooden posts against the ugly cement walls.  They work well enough as long as they are watered daily, at times, 2x per day.  In the top picture, I have peas growing against some netting, they are much bigger now, already flowering.  So, one of these days, we'll be munching peas from the garden.  The second pic shows some tomato plants on top and salad greens in the second pier.  On the very last one, I have planted some baby spinach which, with all the rain, have now really started to look up!  I'll need to tie the tomatoes down (or up!) at some time, but for now I'll just feed them and let them grow.


Busy on a lot of projects at the moment, want to go to a craft market at some time during this winter still, but most of them are usually a disappointment to me.  Expensive and tiring and no money to be made.  And that is why one goes to these markets, to try and sell your goods.  It is expensive to just go for the fun of it, I might then just as well go to a movie or whatever for that matter.  It's not that I think that my goods are so superior to others, but on the other hand, I work neatly and also use the best materials that I can afford (which often is more expensive than I really can afford).  You want people to know that craftsmen who need to sell their goods, do try and give the best to the buyer.  Our goods are always more superior than mass produced imported stuff, that although those items are very cheap, they also do not last or are as warm as what you can sell to consumers. If you get my drift!

Wow!  The rain has stopped!  Must have heard me complaining!  Anyhow, let me go and finish what I am busy with.  Head spinning with more ideas, but time, money and money (did I mention money to buy stock?) are totally scarce.

Have a good day and week wherever you are in this wonderful world of ours!  Keep your head high and do the right thing at all times!

Marl
Posted by Marlene aka Ouma Miaau at 05:40

Marlene aka Ouma Miaau
I am a retired bookkeeper and mother of a son and a daughter and a grandmother of 1. Love cats, hence the name! Currently trying to establish a small business using my crafts.